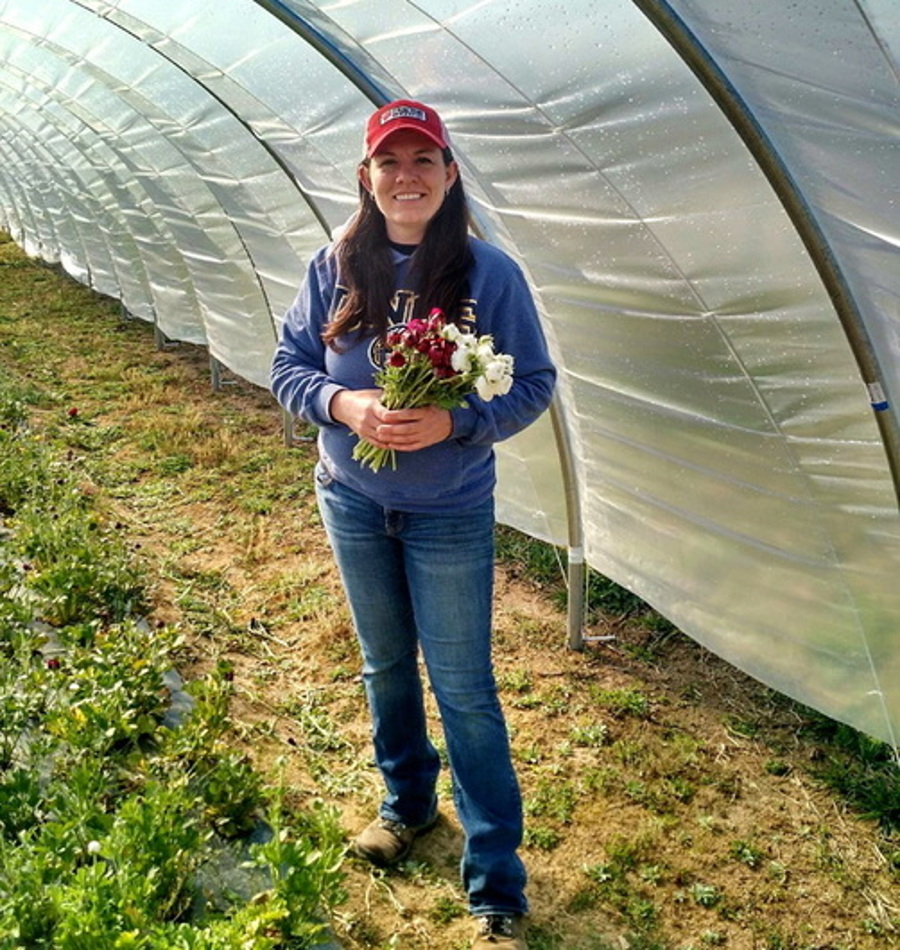 Jillian Mickens operates Open Door Farm, which was originally conceived on the Breeze Incubator Farm and has recently expanded onto its own property. The farm produces microgreens, cut flowers, and produce that Jillian sells year-round at farmers’ markets. This year, she plans to construct a produce washing and packing shed to increase the farm’s efficiency and optimize sanitation standards in post-harvest processing.

As of summer 2016, Jillian had broken ground and laid the foundation for the producing washing and packing facility. A design change caused a slight delay in the project timeline, but the facility is still expected to be completed by September of 2016. The packing shed will greatly improve the farm’s efficiency, which will ultimately lead to greater profits. Jillian also invested in harvesting and cool storage bins to maintain the high quality of her produce while it’s in storage.

« « Previous: Hogs Grown “On The Ground” Without GMOs
Next: Transporting Farm Products to Regional Markets » »