Scaling Up On-Farm Production of Tea 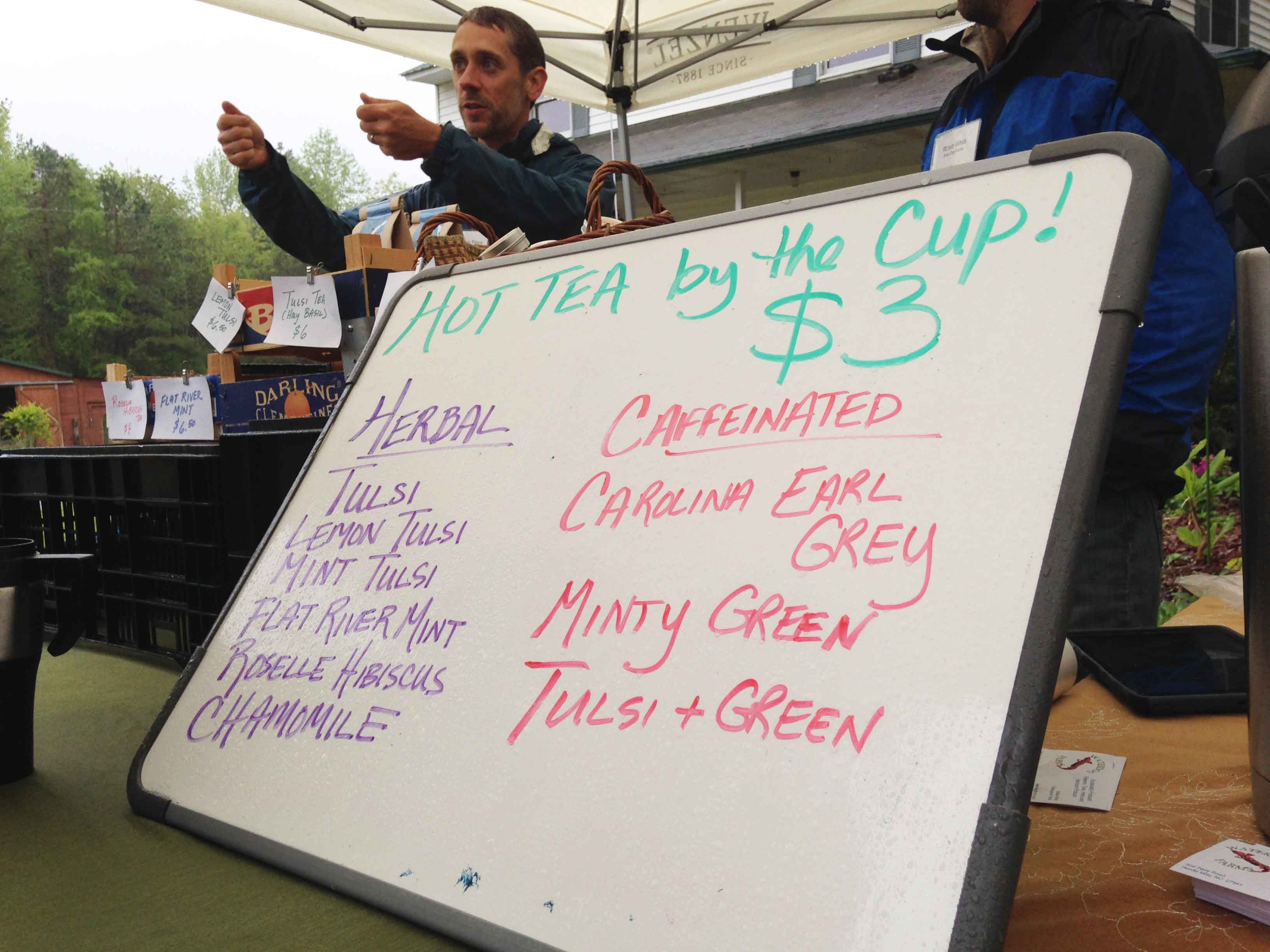 Waterdog Farm specializes in cut flowers, herbs, and loose leaf teas. Christopher Fipps has been operating the farm with Rickie White since 2010 after they both completed apprenticeships on an incubator farm. For the past year, they have been particularly focused on making improvements to their tea processing facilities that will allow them to scale up tea production and meet the demand in their local markets.

They were awarded a grant from the Agricultural Reinvestment Fund for their project, “Scaling Up On-Farm Production of Local Teas to Increase Crop Value and Farm Profits.” With the grant, they were able to make renovations to their processing facility, including installing new flooring, constructing new drying racks, adding needed storage space, installing a new sink and countertop, and creating a new area for labeling and packing.

The two report that the changes they’ve made have led to increases in productivity, efficiency, and sales. They are continuing to grow their business, and they plan to hire for several part-time jobs as a direct result of these impacts. They are anticipating on expanding crop production again next year, which will also mean a continued increase to tea production and added employee hours.

The two had originally thought that they would be able to hire a contractor to install the wood flooring in the facility. However, once they realized that was not feasible with their budget, they decided to do that part of the work themselves with the help of family members. They report finding the process to be a rewarding and gratifying experience. Although they initially thought it would take longer to complete that part of the project, they found that they were able to do the work in a reasonable amount of time. The farmers both report enjoying the opportunity to learn new skills as a result of the project.

The newly renovated grow room, where the farmers raise seedlings and store some of their materials and equipment. The room was previously carpeted, which made it an ineffective space for drying materials.

Pictured above are the new racks the farmers use for drying batches of herbs and other materials for their teas. These were custom designed and constructed to meet the needs of the operation.