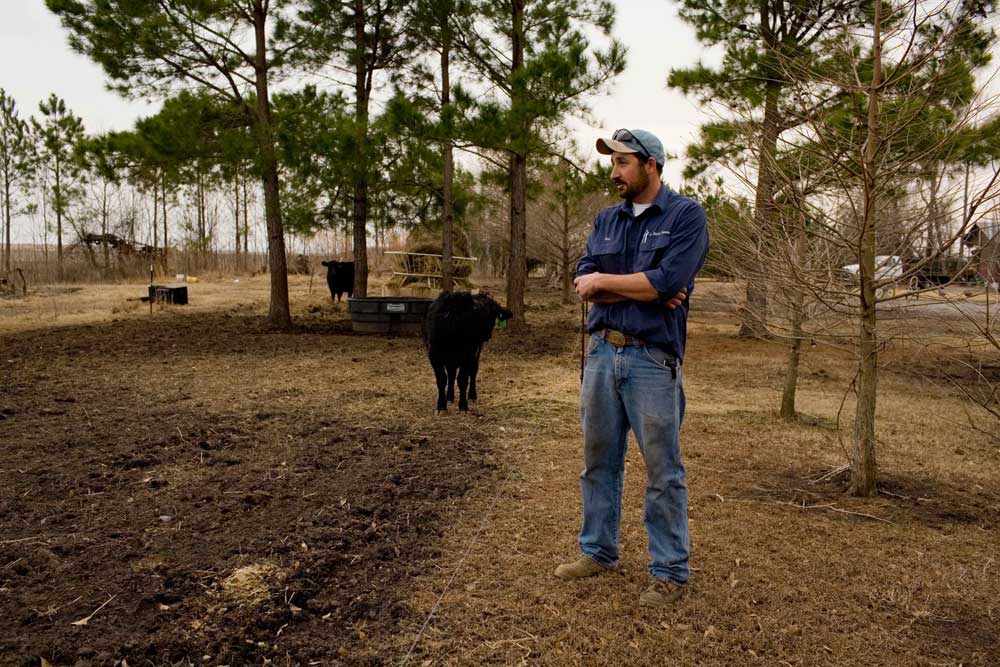 Ben Haines and his father, Kenny Haines, converted their farm to organic production more than 20 years ago. Today, the farm operates under the name Looking Back Farm, but all they’ve done is look forward. They were the first to start growing organic produce in their area, surrounded by conventional corn and soy operations that occupy thousands of acres of North Carolina’s coastal plain. It was a challenge to grow organic corn when GMO-contaminated pollen permeated the air during the growing season. The Haines adapted to a late planting schedule to avoid cross-pollination with their neighbors who planted GMO crops. In the process, they have created an oasis of organic, sustainably grown grain.

The family also recognized the need to adapt to different markets. They couldn’t sell their grain to the big buyers like many of their neighboring farmers, and they had to branch out to find alternatives. Ben had the idea to create their own value-added grain product on the farm. He would acquire an on-farm mobile mill and grind his corn and soy into feed, creating the first certified organic feed for eastern North Carolina. The on-farm feed mill would provide Looking Back Farm with an economic alternative to selling their whole grain to a big buyer, receiving relatively little in return for their product. By controlling every part of the feed-making process, they could ensure a high quality product. He thought that the grain project would also have an impact on their community: they could provide an organic feed for local livestock producers, something that previously would have been purchased in bulk and trucked in. The closest source for organic feed was about three and a half hours away.

Since receiving a grant to support their project in 2010 from the Rural Advancement Foundation International, the family has successfully managed to sell organic feed to local livestock producers in the area. A farm in nearby Edenton, Somerset Farm, uses the feed to raise their animals, and primarily sells to consumers and restaurants in Manteo and other towns on the Outer Banks.

In order to further diversify their farm and reach new markets, the Haines began growing organic wheat in 2011. They planned to supply the state’s burgeoning milling industry. They purchased a seed cleaner to process the grain, which has allowed them to secure buyers who want a product that is ready to be milled. The organic wheat production has supplemented their feed operation and provides another economic opportunity for farmers in their area. The family has loaned out their mobile feed mill and seed cleaner to other farmers in the area and they actively encourage others to adopt organic grain cultivation.

Ben Haines talks about Looking Back Farm and the on-farm feed mill in the video below.