Mushroom Production In A Shipping Container 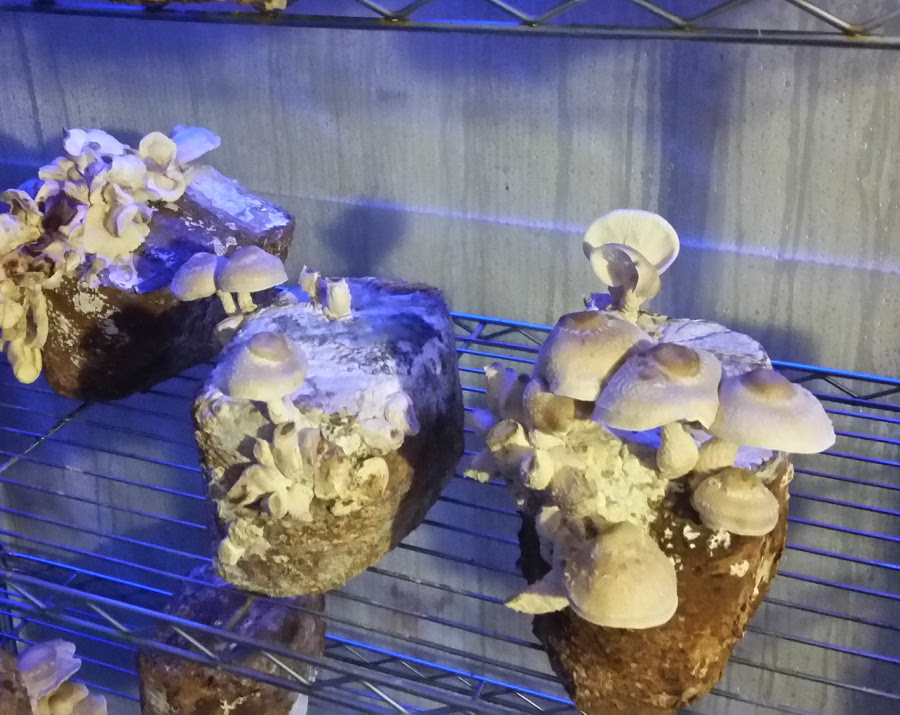 Ches Stewart operates Haw River Mushrooms. As a young operation, the farm lacked the proper infrastructure to increase yield and variety of mushrooms that can be grown for local markets. In order to meet local demand from chefs and consumers for fresh mushrooms, Ches decided to build a special facility that will allow him to produce mushrooms with greater yield and in more varieties.

This summer, Ches purchased the supplies and materials to build this mushroom growing facility on the farm as well as equipment for creating his own spawn. Within months, Ches installed the new mushroom fruiting facility, and it is currently up and running. A new spawning lab is also underway. Mushrooms are already growing out of the new facility and being sold to area customers. Both of the facilities were created using shipping containers, a low cost, mobile option for mushroom facilities.

The major benefits of the new growing room are that it allows its operator to control the temperature, humidity, and level of carbon dioxide in the space, creating an environment that will provide year-round mushroom production. Ches thinks that many mushroom varieties that are not yet widely available, such as Lion’s Mane, may be able to thrive in the new growing conditions he’s created.

Now that Ches has established the new facility, he has completed the first phase of his farm’s expansion. He plans to start second growing facility with the profits made from the initial project, which he hopes will allow him to double production and hire employees.